Our memories are too short.  It was only a few short months ago that Alan Greenspan’s legacy was being torn apart by critics of his eagerness to prop up bubbles through monetary easing. The critics said that his actions limited short term damage from the bursting of bubbles and economic difficulties only to generate the most severe crisis since the Great Depression.

Injecting liquidity, increasing the money supply, encouraging credit extension contributed to poor allocation of economic resources, a housing market bubble and a desperate search for yield through gearing and risk-taking. Many South Africa commentators were vocal in support of this view too.

But now we have forgotten. A seasonally adjusted and annualised decline in South African GDP of 1.8% has everyone begging for an emergency cut in interest rates. Early cuts before the next scheduled MPC meeting and 200 basis point cuts are suggested and encouraged. “We must save the economy, jobs are being lost!” 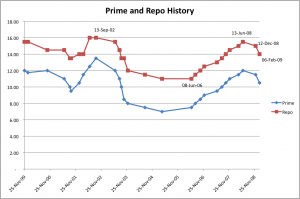 Lowering interest rates would help our economy in the short term. Another credit- and consumer-fueled expansion would survive for a while. Of course, South African consumers still have a penchant for consuming imported goods, further pressuring our balance of payments and not truly adding much to the local economy. Our interest rates will have no effect on the global economy, on global demand for the resources and goods that we produce. Foreigners will not pay us any more for our goods and thus the wealth of our country and our citizens will not truly improve.

Inflation will persist, robbing all of value. Currency depreciation will reduce our wealth in international measures. And when the credit expansion does slow or reverse as eventually it must, the pain will still be waiting for us.

It is not surprising that the banks have been shouting to be heard. Bad loans, foreclosed properties and struggling earnings make for fierce motivation. Jobs and bonuses, earnings and dividends for this year and the next are more sharply in focus than the good of our fragile economy over the next ten years.

I’m surprised the estate agents haven’t put a lobbying group together yet.

Our economy already has significant fiscal stimulus through the World Cup and other, unrelated infrastructure spend. At least these developments have some potential for generating a return and future economic prosperity. It remains to be seen how many attend the World Cup and how much they spend. The budget overruns are up to 300% already and will likely climb further before they fall. Imagine what that does to the hoped for Return on Investment.

The spike in inflation over the last year is only partly attributable to rising energy costs and international food prices.  Interest rates were kept too low for too long. Perhaps we should be looking for moderation in monetary policy and stability, rather than optimistic swings to the downside and pessimistic swings to the upsde?

Now that the pain of the coined Global Financial Crisis is felt at home, we have forgotten the dangers of excessive monetary expansion. 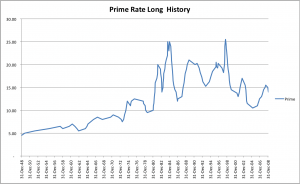 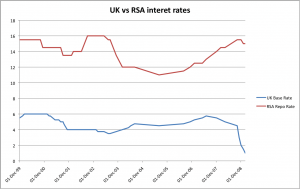