Divorce is becoming less popular, the world didn’t end at the end of the millennium and StatsSA makes it hard for us to draw conclusions.

Census data isn’t the most useful for understanding marriage and divorce patterns and trends. It’s available too infrequently, relies on self-reported status and only shows a snapshot of the population at a point in time without explicitly showing the change from one state to another.

The great thing about the census data is most of it is freely availably from StatsSA so you can slice and dice it and analyse it exactly how you want.

StatsSA also puts out a Marriages and divorces 2008, with the info taken directly from registrations. I don’t have access to the underlying data, but here are some snippets that can be useful to compare and contrast with popular notions in the media.

It’s a huge pity StatsSA doesn’t release the raw data, as their analysis is sadly lacking in the focus on reporting absolute numbers with comparing this against a relevant denominator in a ratio. Knowing how many divorces there are for someone who has been married twice before isn’t very helpful unless we understand how many marriages of that type there are in the first place. Knowing how many divorces involved children doesn’t help really unless we know how many marriages at that point in time were in a family with children. This tells us nothing about the relative likelihood of divorcing with or without kids.

I’ve tried to piece together some of this by comparing this transition data with the snapshot data from the census, but I have concerns that inconsistencies between the data sets may be skewing the results enough to limit their usefulness.

I’ve left out civil unions for no reason other than there is too late to analyse reliably.  There were only 80 in 2007, growing significantly to 732 in 2008, but still too few to draw conclusions on. 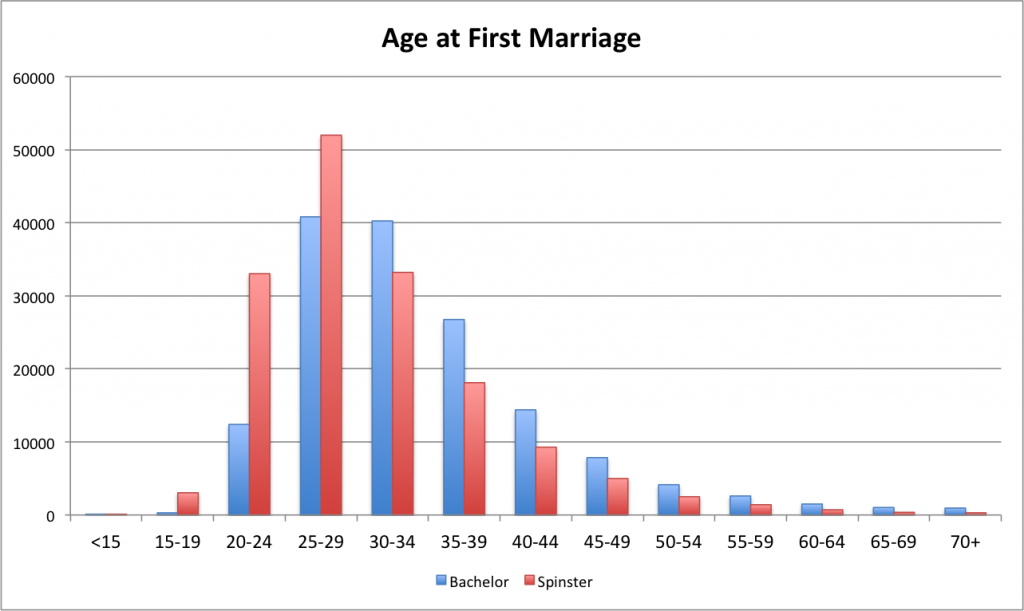 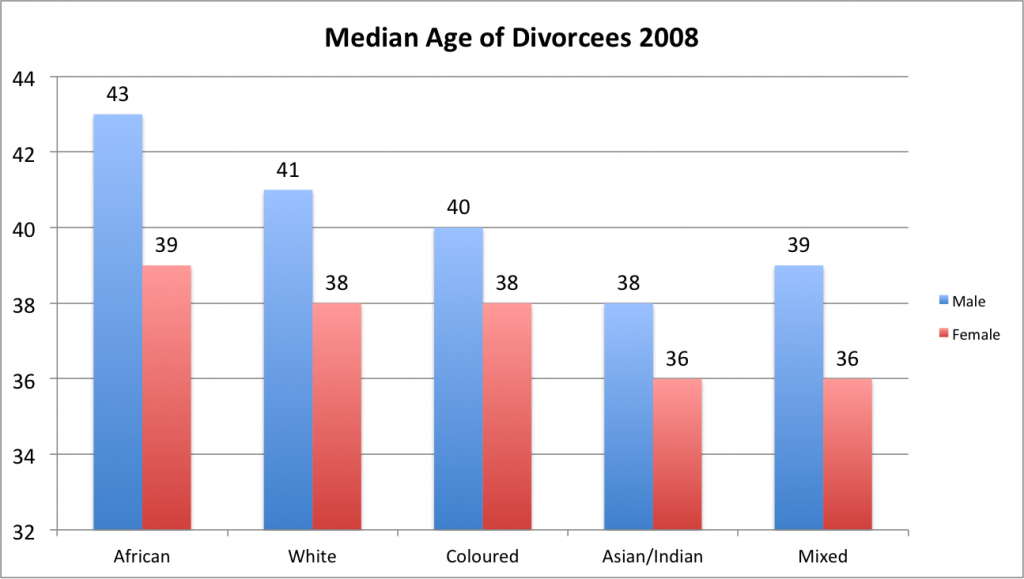 So what is really happening with marriage and divorce in South Africa?

These results confuse me. Yes, there is a slight increase in age at marriage, but divorce seems to becoming less popular and with mixed messages about marriage depending on what the 2001 jump is all about.