I’ve been exploring the 2007 Census data for South Africa, mostly just to see what is available. I was checking the reasonability of some marital status assumptions for pensions valuations, which got me looking at the marital status info from the Census.

Some interesting descriptive graphs. First, let’s look at the total population. (Note this is exactly from the 2007 census, with population group, age and marital status as reported. I’ve excluded high ages as random error given the small population size makes the data uninteresting.)

The light red at the top is the divorced population, the darker red above married (civil/religious) is traditional marriage. 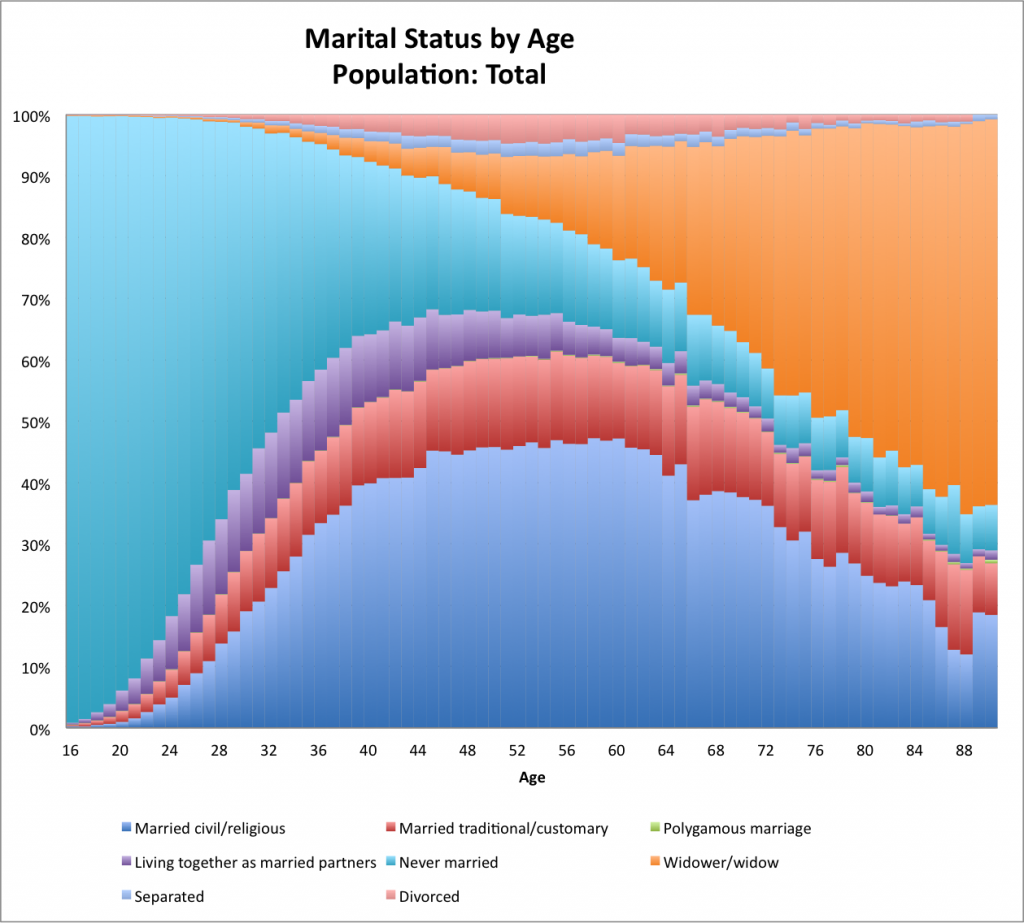 It’s hard to tell understand all the dynamics within the total population chart since the patterns are quite distinct within different population groups. These differences will probably soften over time, but for now they are still quite marked. 80% of the SA population is black, so let’s look at that first. 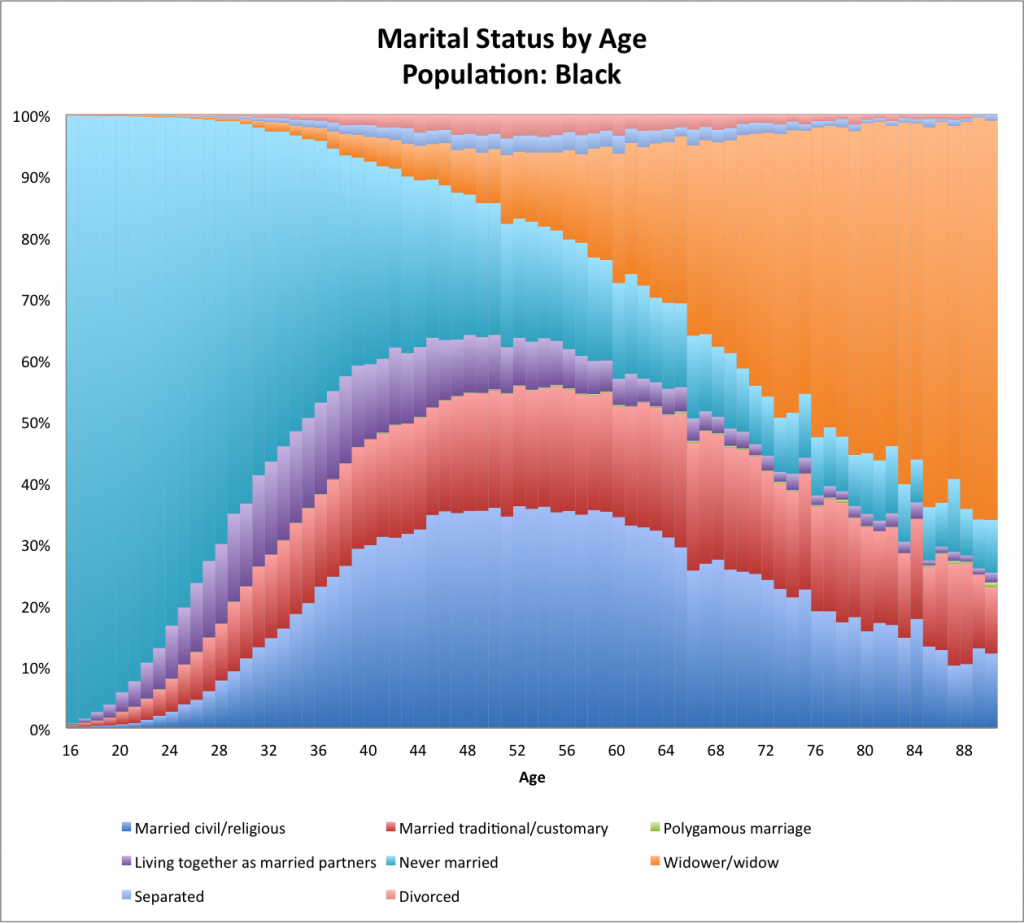 The first thing I noticed is the curious discontinuities at age 51 (suddenly fewer civil/religious married, more traditional, fewer living as if married, and a big spike in widows/widowers). Hard to paint a particular scenario where this makes sense, so this might reflect reporting bias for age around 50, but even that is hard to turn into a sensible story.

Then at age 60, there is a sudden jump in widows/widowers at the expense of civil/religious, traditional marriages and living together as married. There’s a similar spike at age 66. After this, the variability can more easily be explained by random error as the surviving population size decreases.

The proportion of the black population that is divorced peaks at just under 4% at age 51. Reported polygamous marriages are never more than 0.3% of the population except for a 0.5% at age 92 and some of 0.7% and 1.2% at very high ages (not shown on graph). It’s hard to tell whether this is purely sampling error or a function of traditional marriages being more prevalent in the past and the legacy of this is only visible with very old married couples who would have been married 50 to 80 years ago. 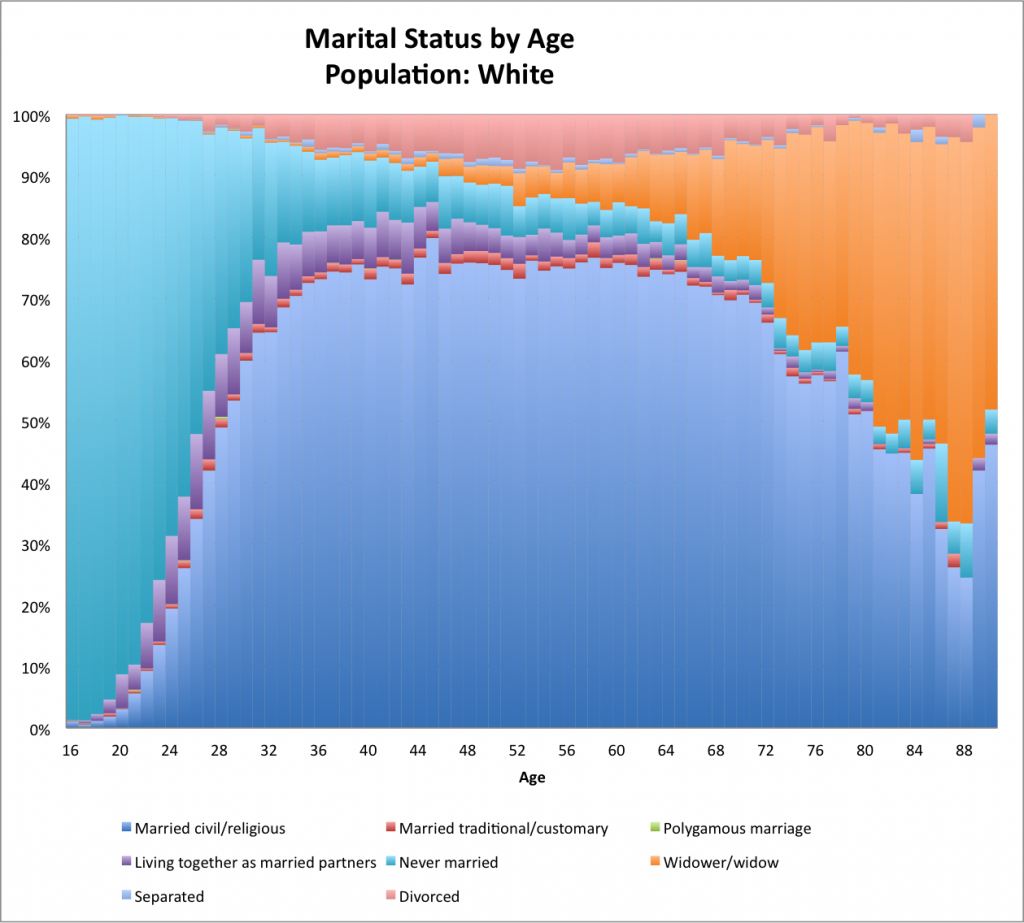 The white population graph shows quite different characteristics compared to the black population. Divorce prevalence is reaches nearly to 9% in the early to mid 50s. Traditional marriages are far less prevalent, and widows/widowers feature much later (as expected due to lower average mortality).

By age 32, 72% of the white population is married or living together as if married (compared to just 43% of the black population, 54% for coloured and 75% for the asian/indian population.

Due to the much smaller sample size, random variation is apparent at most ages. 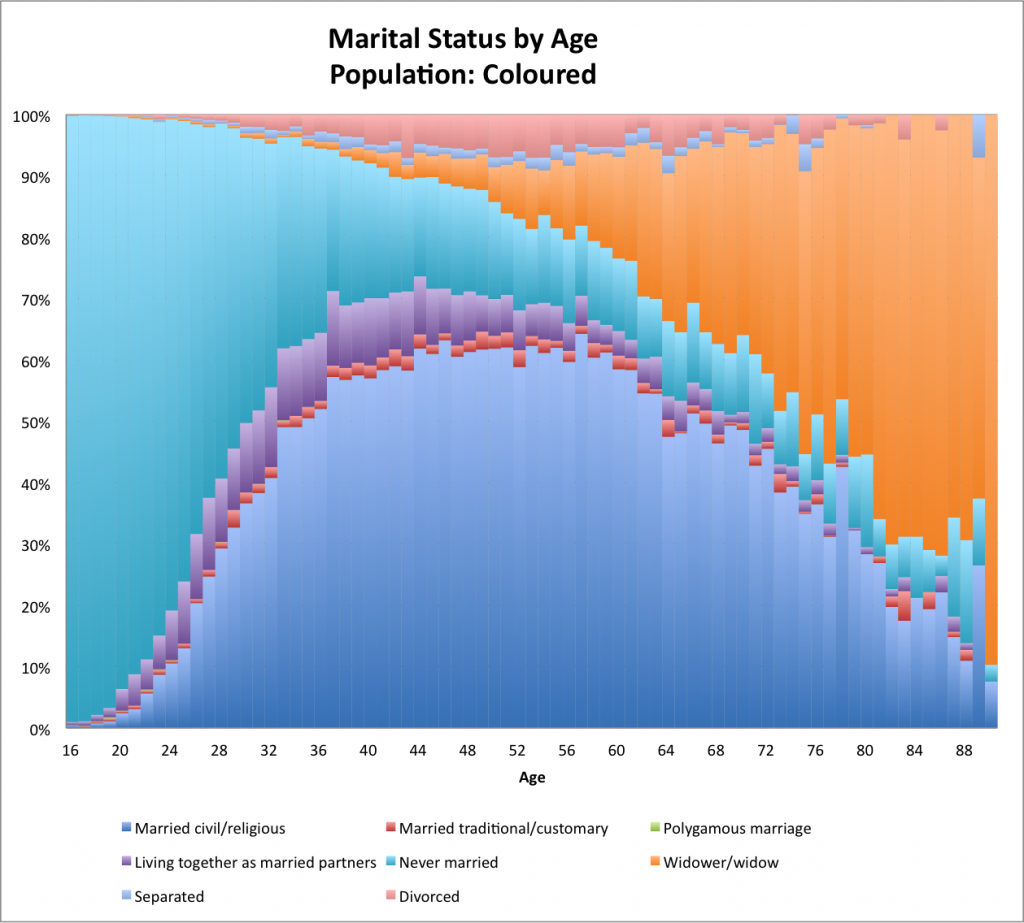 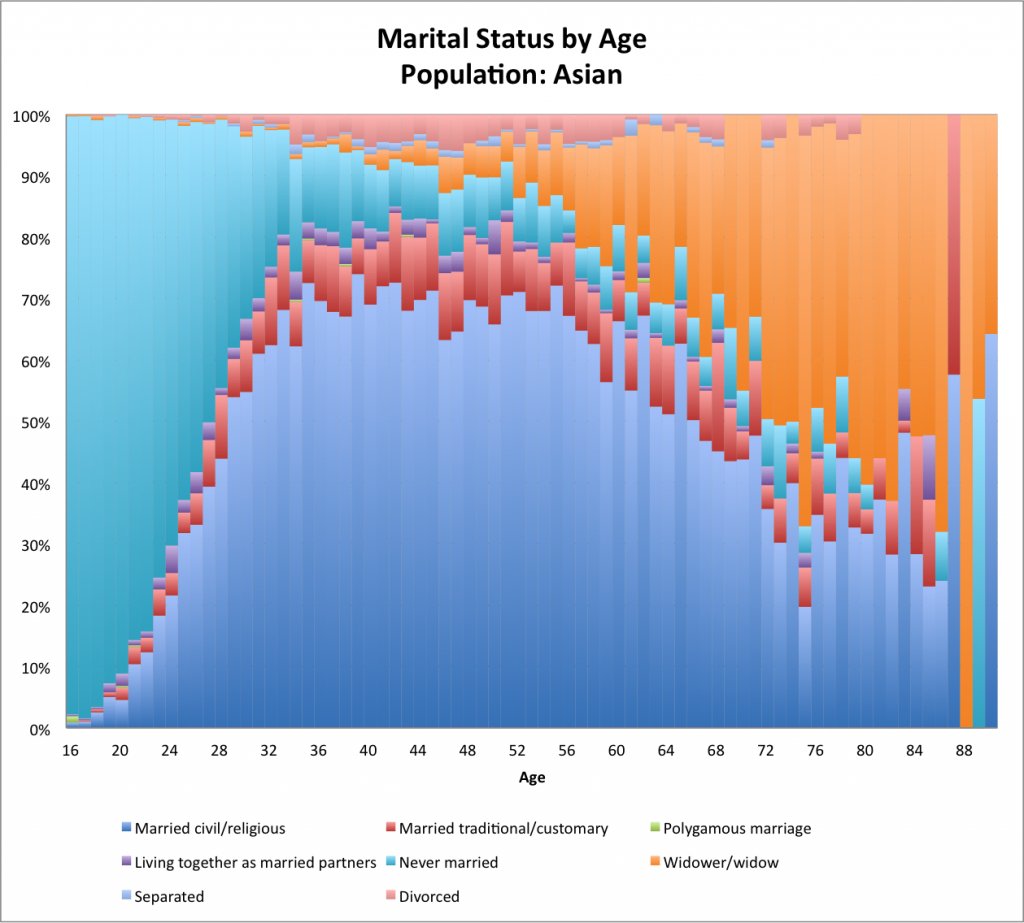 The asian/indian population is the smallest group in South Africa. This shows with the increased random variation between ages.

This population can be characterised by high and early levels of marriage, with on average 1 in 8 marriages being traditional and mortality similar to the white population.