I struggled to find a decent data-set of past economic indicators off the web. I’m sure there’s an easier way, but I had to trawl the horrible formats of Stats-SA and the Reserve Bank to get the mangled data underlying this graph. Seems like Stats-SA is either deliberately obfuscating their data, or they’re working on systems from the late 80s. 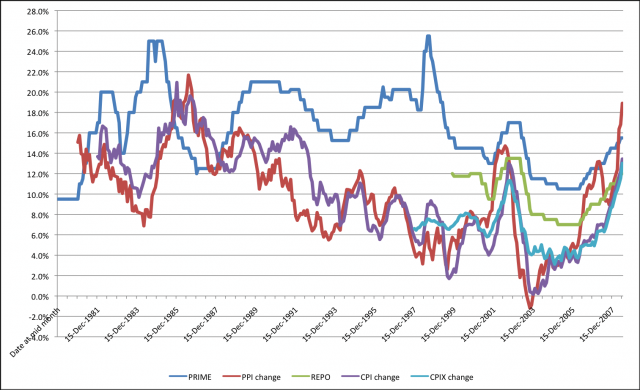 More analysis to follow on this chart, but in the meantime some brief thoughts:

Of course, this chart tells us nothing about the causes of the cliff-climbing PPI and CPI (primarily oil and food as initial drivers) and how these might change abruptly given the pull-back in oil prices.